After a brief commercial training Oskar Ernst Bernhardt began his literary activity while still a young man. Some of his literary works included "The Bracelet", "Annita", "The Adventurer", and "Diamonds". Some of his works would later preview the ideas he would publish in the Grail Message. For example, "Diamonds" is a comedy featuring a bet in which the main character must tell the truth for twenty-four hours, in order to win one million dollars. The plot highlighted the hypocrisy of everyday social life. While traveling, he was often led to foreign countries. In 1915 he was interned in [Great Britain]. Released in 1919, he first went to Dresden, later to Bavaria and in 1923 began to write the first lectures of the Grail Message.

In 1928 he settled in Vomperberg, Tyrol. There he wrote "In the Light of Truth: The Grail Message". In 1936, Abd-ru-shin was arrested "because of infractions of currency laws". The Nazis indeed arrested Abd-ru-shin in 1936 on the grounds of illegal foreign exchange from Germany to Austria. It turns out that this operation was carried out in absentia, over his head, by two leaders of the Community. Therefore, he was unaware of anything and much less gave his consent to this action. Records confirm that Abd-ru-shin had given an express order to his collaborators, that they should always strictly follow all legal requirements. Abd-ru-shin got arrested on that occasion without knowing anything about what was happening. Months later he was declared innocent, and he was released. The settlement ended when the Nazis got angry at him. Many of his former members were also angry with him. In 1938, Abd-ru-shin was arrested after Austria came under German occupation. Provided by Wikipedia
1 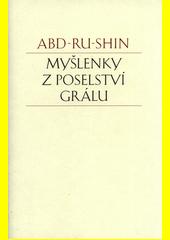 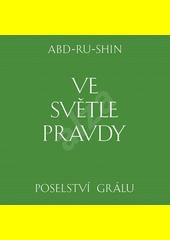