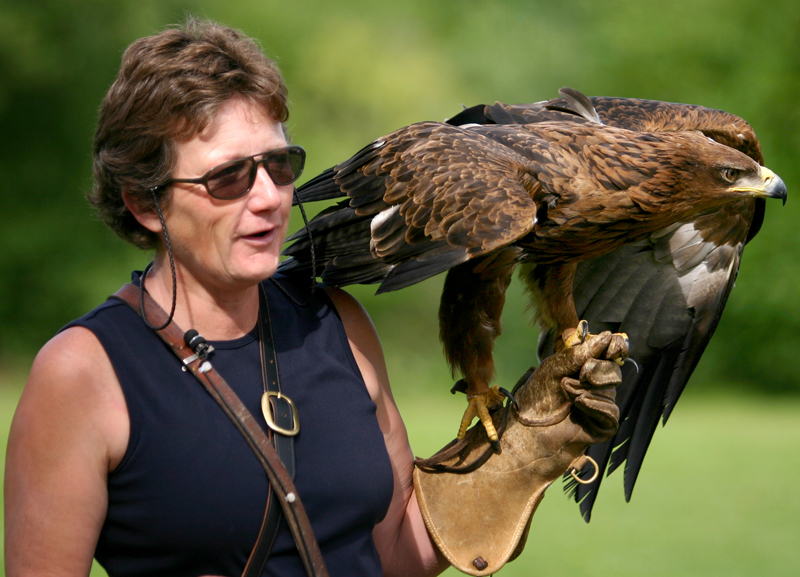 Jemima Parry-Jones (née Glasier; born 6 March 1949) is a British authority on birds of prey (raptors), a conservationist, author, raptor breeder, lecturer, consultant and is the Director of the International Centre for Birds of Prey.

She is the daughter of Phillip Glasier. In 1967 her father started the first specialist collection of birds of prey in the UK. The Falconry Centre, as it was known then, now the International Centre for Birds of Prey is 50 years old this year. It leads the world in the number of raptor species bred in captivity, educates thousands of people every year, works in the rehabilitation field both in the UK and abroad, works with universities on useful and non-invasive research and importantly shares its raptor knowledge and experience for conservation projects worldwide.

The bulk of the off-site conservation work is now with Vultures which have been recently listed as one of the most endangered groups of birds in the world. She with Centre staff are working in India, Nepal, Bangladesh, Bulgaria and South Africa, all on vulture conservation.

Jemima has written seven books, co-authored various scientific papers and assisted in the research for many more.

In June 1999 she was appointed an MBE in the Queen's Birthday honours list for services to bird conservation. Provided by Wikipedia